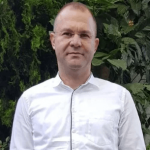 Global international relations have been in the tensest atmosphere recently since the Cold War period. The Russia-Ukraine war has contributed to the widening rift between the opposing political and economic powers. The relations between the West and Russia have brought the world to the days through which even the possibility of World War III could be talked about. China stands as another power against the West, especially the USA. The relations between the United States and China have further deteriorated with Nancy Pelosi’s visit to Taiwan.

Where does Turkey stand in a world in which international relations have become tenser?

During the 20-year AKP rule, Turkey has broken away from democracy, freedom, and the rule of law. Contrary to what is thought, the process began in AKP’s first 10-year period in government. As a NATO member, Turkey has become a problematic country within the NATO. Although Turkey has a justifiable stance in her objections to the membership of Sweden and Finland, she could have taken a strong and democratically respected stance against the West with the democratic and libertarian values she had developed. However, Turkey is breaking away from the West with its increasingly autocratic political and social order.

Democracy and freedom took damage in the western world as well as in many other non-western countries. However, the institutions which represent democratic order and have made possible to sustain democracy remain in place independently of the political powers in the western world. Turkey, on the other hand, has lost her institutions which used to be independent of political power.

Even in societies in which democracy has taken strong roots in terms of democracy’s concepts and institutions, democracy can suffer from decades of social and political traumas. There is no absolute democracy in any country in the world. However, it is certain that the West is relatively much more democratic than the East.

Turkey is considering membership in the Shanghai Co-operation Organization (SCO). The organization was founded in 1996 as Shanghai Five with the participation of China, Russia, Kazakhstan, Kyrgyzstan and Tajikistan. Later, India, Pakistan and Iran were also included. All of them are countries that have serious problems with democracy. In Turkey, the current ruling political regime is going through a change that is based more and more on Islamic foundations. It can be seen that democracy can exist very limitedly under this regime. Turkey presents a choice of philosophy of life.

We see philosophical choices in decisions on the economic front. There are also developments that may have economic repercussions in international relations. Russia is trying to prevent the expansion of western sanctions which have been isolating Russia to a certain extent from the international financial system. The US, on the other hand, sanctioned the chief executive of NSPK, the bank responsible for Russia’s Mir card payment system, on September 15, according to a Reuters report. On the other hand, Russia announced that its payment network will be expanded in countries that accept the Mir card payment system.

In Turkey, Halkbank, Vakifbank, Ziraat Bank have been in the Mir card payment system. Isbank announced on September 19 that it would go out of the system. Denizbank, on the other hand, stopped its transactions on the Mir system. Ukraine wants to impose sanctions on countries and organizations that contribute to Russia’s involvement in the international financial system.

Could Turkey face sanctions against her organizations using the Mir card payment system? Do banks using this system consider measures against the possibility of sanctions? We will monitor further developments.

Turkey will either present a respectable stance adhering to the universal values ​​of democracy, freedoms, and human rights to the USA, France, England, Germany, Russia, China, India, Pakistan and all other countries of the world, or she will chose to move forward in the direction of incoherent policies in the economy and international relations by experiencing dilemma. Today’s choice is to be with those who have not instilled democracy. 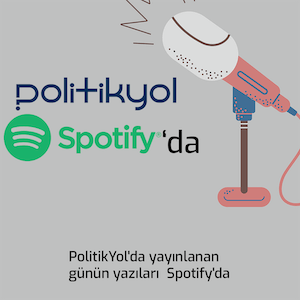